Well, the lockdown is just coming off but we still can't get together so we have yet another virtual meeting! This time, we have seven contributors (although we may have seen some of these before).

Peter made an announcement at the start of the meeting. "All things being equal, we hope to restart the physical meetings at the Brotherhood Hall on the usual day in August - 6th - usual time."

Added by the Webmaster - "Make sure that you all have a model to show - although any that have been on the virtual table will be welcome on the real one!"

In addition, there is an exciting new book from Colin covering camouflage schemes for the RAF throughout the war. I will shortly be putting that up for download so wait for my e-mail!

OK, so here we go. In alphabetical order and in their words:

Attached are 5 photos, for the Clacton IPMS virtual meeting later this week. I have been working on various models during the lockdown but here are images of two that are actually complete.

The first model is a German armoured car Sdkfz 222 in 1/35th scale. It is the Tamiya kit which dates back to the 1970s, if I recall correctly. I made this example in the late 1980s and used etched brass for the anti-grenade screens - which was quite revolutionary for the time! The model was constructed but never painted, until I found it in a cardboard box some weeks ago. I used my airbrush and Tamiya acrylic paints to represent the look of a vehicle taking part in Operation Barbarossa - the invasion of Russia, 1941.

The second model is a 54mm Napoleonic soldier made from a plastic Historex kit. The uniform shows an artilleryman of the Garde Imperiale, foot artillery 1809. I have a large collection of these Historex kits and spare parts in my stash and enjoyed re-visiting the art of constructing and painting figurines. This particular model was painted entirely using artist's oils and incorporates many techniques gleaned from a series of modelling tricks and tips published by Stanley Catchpol (Bryan Fosten) in Military Modelling magazine from many years ago.

A David style haircut is not for me. Looking forward to shearing time.

This is a 1.72 Airfix kit by courtesy of John. He is off 1.72 and I am of that. mind at the moment.The kit went together well......any problems were down to me..Careless.All will be knowledgeable of this famous aircraft.

A request by GB Procurement Group at the beginning of the war to North American. to manufacture Curtis fighters for the RAF spurred them to produce their own design the Mustange.This was in production very quickly. However the performance was limited by the Allison engine fitted.A change to RR Merlin engine transformed the aircraft to as we know it.Taken up by RAF USAAF and many other countries. It was in use until 1984. Many are in private hands. Some 15000 were built The US aircraft were fitted with Merlins manufactured by Packard.

This is a ‘Tarangus’ kit: a Swedish kit manufacturer of all things. It’s a very good kit but needs careful assembly due to very close tolerances for fit. This means hardly any filler is needed. Good cockpit and engine detail. You need to note the thrust reverser is partially closed when on the ground and it needs painting before assembling the fuselage. 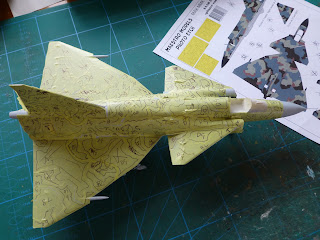 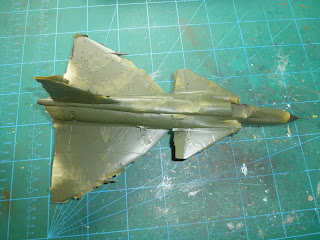 After assembly – Painting!!!Maestro Models make a complete paint mask set – very complex. I started at the wing tips and worked inwards marking up which colours went where. This took me three days to avoid eyestrain. Keep the backing sheet as you need somewhere to hold the panels when you need to paint them a particular colour. It’s a case of, paint one colour, leave it a day to dry thoroughly, re-mask and paint the next, and so on. You start with a completely masked aircraft and finish with one set left over from the final paint colour, allow to dry then try to remember where all the masking is to remove it. The scheme comes out very well with only minor touch ups. 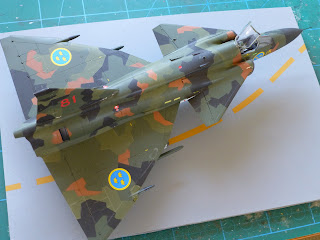 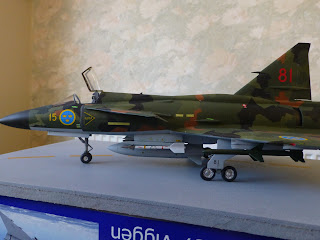 Details settle very well with Micro Sol/Set and show up surprisingly well against the background. Remembering the 80’s Airshows it captures the look of the real thing.To quote the magazine advert ‘It satisfies the need for Sweed’, (and, yes, it is spelt like that!) 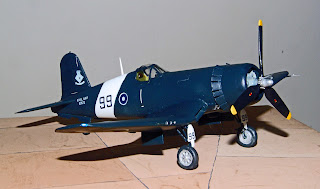 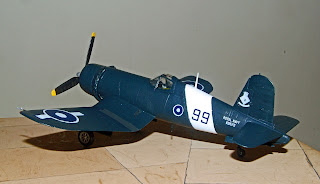 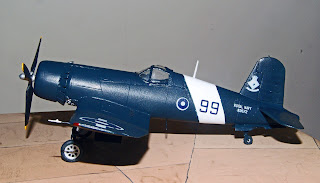 No! I'll stick with Fidel Castro for the time being (next up is a trainer MiG-15UTI)... unless I change my mind...!

My first Airfix aircraft for a long time but I ust say one of the best kits I have ever made. 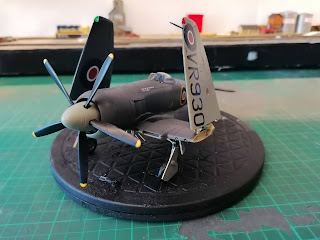 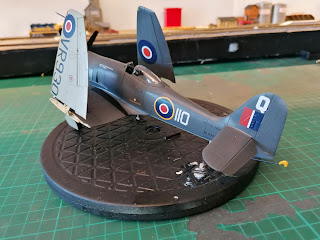 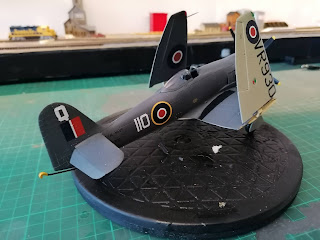 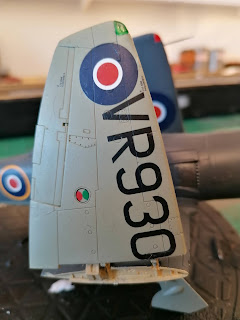 Apart from a bit of a faf around the nose cowl, the model went together prefectly. The instructions were great and, unlike other kits I could mention, the wing fold actually went together without fuss. I put some seatbelts in using Tamiya masking tape and chose my favourite FAA colour scheme, which has the Extra Dark Sea Grey come down the sides of the fuselage. All in all, a great model that I am proud to have made.


We might have seen these before but, here goes... 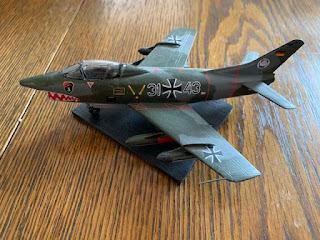 First is a Meng 1/72 of a G91R/3 light fighter bomber in German airforce livery. “Bull’s Eye ‘79’. The G91R was the first combat aircraft designed and developed by Italy itself after WWII. It’s on the stand as I didn’t put quite enough weight in the nose 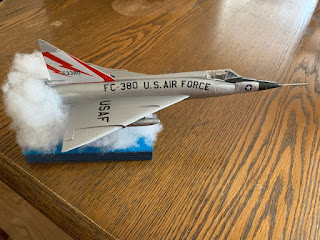 The second is an F-102A with case x wings. Again a Meng 1/72 kit. This is in the livery if 327th fighter interceptor squadron 1958. I had a lot of trouble with the undercarriage. So much so that I abandoned it and tried something different. I used a piece of 10mm exterior ply covered it with blue for the sky. Used piano wire from my RC modelling supplies to create an inverted L shape which was glued into the ply and glued into a balsa fillet which was in turn glued to the turbine exhaust(?) at the rear of the plane. I then added some white cushion/ soft toy filler to create a cloud to try and give the illusion of it flying. 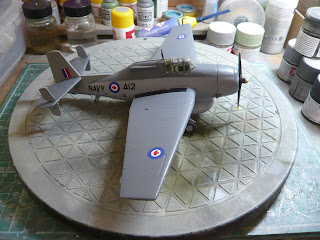 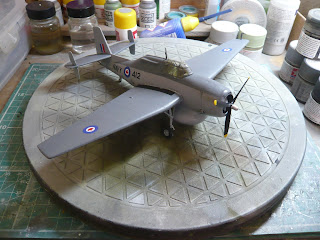 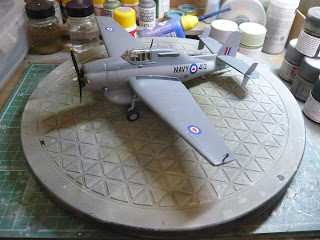 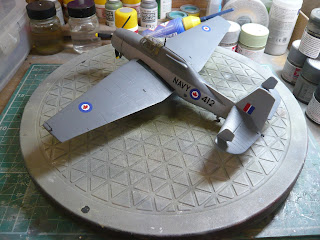 One of the latest Sword releases for a whole family of Avengers containing a number of foreign navy markings with more versions to come, These Sword kits are no shake and bake exercise's but adding a little time can get good results wing slots need filing out to get a sound fit and precise fitting and location of the undercarriage is needed but all in all a very enjoyable build I completed my kit in the markings of the Royal Canadian Navy .