A nice little gathering this evening with 11 people and 15 models on the table. First up is our featured model. Again, there is no competition, I just select one at random. This month it is Jeff Adams' superb 1/35th scale M4A3. Just look at all that stowage.

I have an apology to make. I forgot to bring my photo booth so the background is the table and the lighting has created some strange effects which I hope I have corrected.
Now on to the table:

Bill brought along a pair of Airfix 1/72nd scale models. One was the Hunting Percival Jet Provost in RAF trainer red. 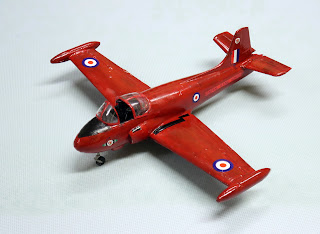 The second was, according to Bill, his first ever Spitfire! This was a Mk. 1a. 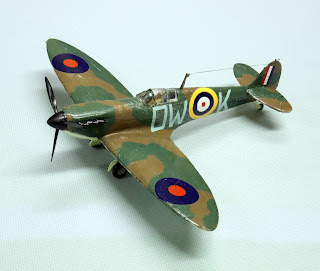 David brought along an unusual model - a Revell 1:112 Star Wars X-Wing fighter. A nice model with lots of decals but no undercarriage so he had to put together a small base for it to make it look as though it is flying. 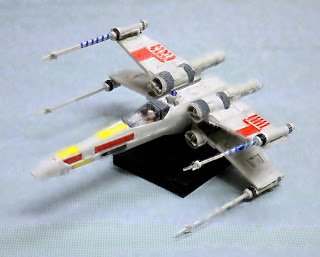 Jeff brought along two items for the table. The first was, as expected, an M4A3 Sherman built from a Tamiya kit but with a Formations resin turret, Legend stowage and Tamiya figures but with Hornet heads. 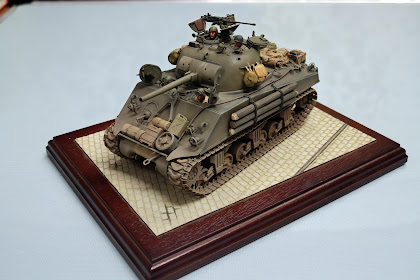 Jeff's second item was a mini-display of two Napoleonic War cannons. One is a British 9 pounder field gun and the second is an 8 pounder French gun. Both are Historex models and have been build out of the box. 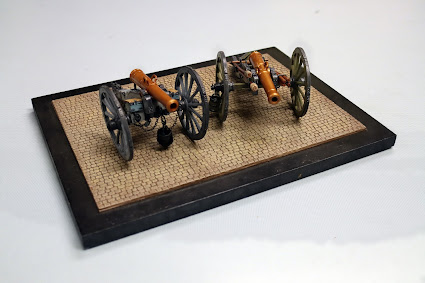 John brought along there very different models. The first was a Borgward IV Wanze rocket launcher vehicle that was built close to the end of the war so not many saw service.  It is a 1/35th scale Das Werk kit but is very tiny. 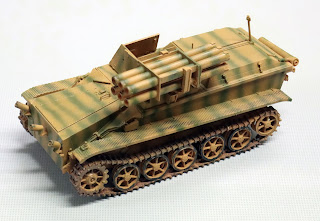 Secondly, he showed us a Rubicon Models  1/56th scale King Tiger II. This is notable because it has a full interior. Quite a kit by all accounts but needs some very hot glue to get it to stick. 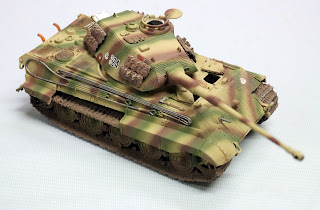 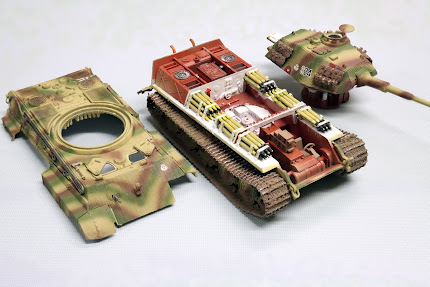 Lastly, and more traditionally, he showed us an Italeri M32 Recovery vehicle built out of the box but with "dot oil" weathering. 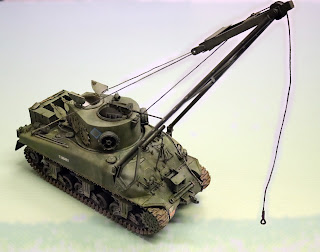 John was another with three models on the table. Firstly he showed us a Dragon King Tiger in Ambush camouflage. 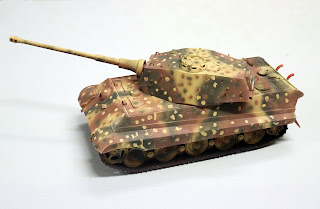 Next up was a Tamiya "Archer" fully out of the box. 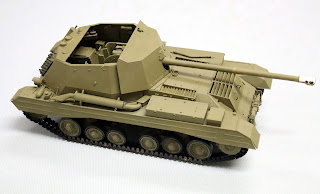 Lastly, as is usual with John, there is an interesting "what-if". This is a PzKfw V Panther but with a Resin Twin 5.5CM Ack-Ack turret! 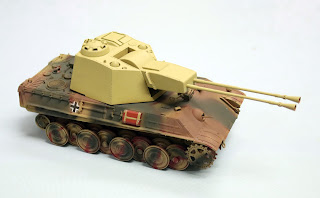 As an aside, my wife bought me a Tamiya 1/48th scale Phantom kit for Christmas. If I have any chance of making it as nicely as this pair of Revell RAF  F-4s then I will be amazed!
First up is 2 Sqn. XT888 - 1974 - RAF Laarbruch representing early RAF aircraft. 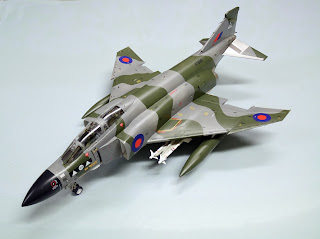 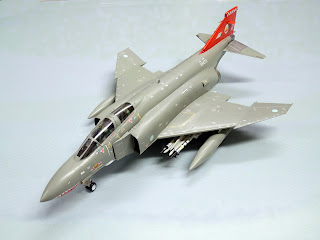 Peter's work is always superb so please click on each image to open them up in another tab to see them in their full glory!

Peter's contribution my be small but is exquisite in its finish, even down to the tea grouts that make up the diorama base! This is a Zvezda 1/76th scale Russian SU-122 self propelled gun. He felt it needed some figures to give it scale but... 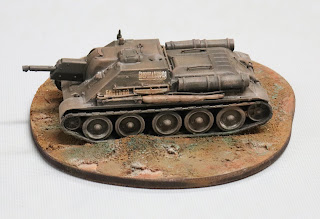 I was nice to see John back at the club again after a gap of a few months. He brought along a Hobby Boss BAe Hawk T 1a. This is work in progress but I missed taking a photo so we look forward to seeing it finished. Sorry John!
Crispen Block
Crispen brought along a range of interesting items. Number one was a Das Werk kit in a box and, to date, unstated. This was a 1/16th scale StuG 3. 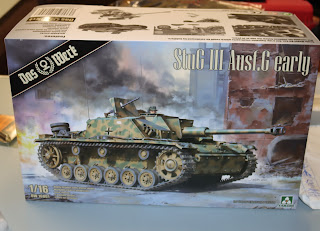 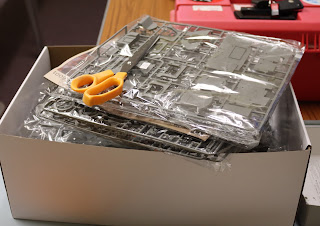 He also brought along a range of new items including some RP Tools Rolling tools and some 1/35th metal conduit, which is an add on to Trumpeter BR52 or BR86 locos. 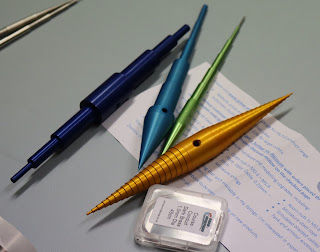 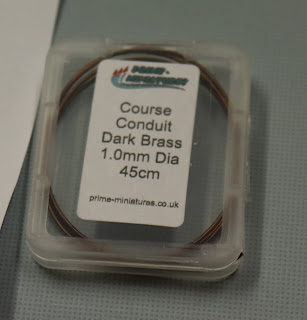 Well that's it. Quite a good meeting with lots of chat and lots to look at. Next meeting is the social meeting on 24th February.