Well, another month, another table.

Firstly our usual featured model. This month it is the turn of Peter Terry and his nice little Mitsubishi Ki-46 Dinah made from an unusual L&S kit in 1/72nd.

There were only 6 models on the table today but they covered a wide range of interests.

Peter brought along a 1/72nd scale model of a Mitsubishi Ki-46 - better know as the Dinah. This model was built;t from a long forgotten manufacturer's range - L&S. Peter made it up in the camouflage pattern that the Japanese used in China and Manchucko (Japanese held Manchuria). It seems that this pattern wasn't used anywhere else so it is an interesting scheme. 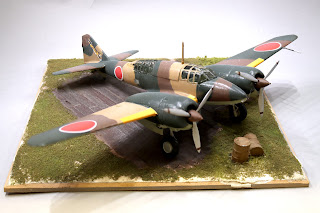 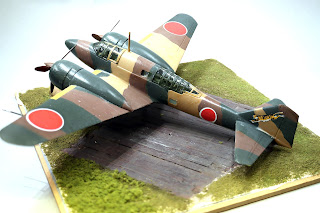 Peter brought along another couple of tidy 1/48th scale aircraft built from Kinetic kits. The first is an F-84 Republic Thunderstruck. This one is fitted with JATO (jet assisted take off). Evidently, Peter has seen one of these take off - a great deal of black smoke and then the rockets get dropped for collection later. 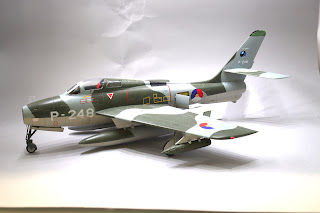 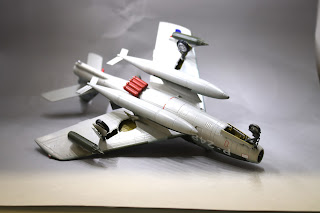 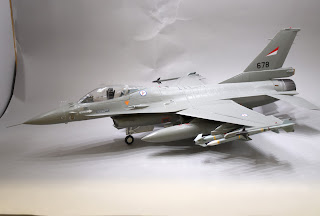 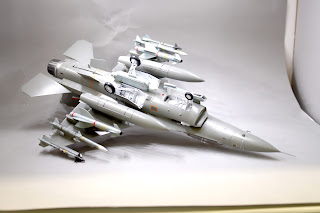 His comments about both were along the lines of "little filler but check three times before you glue!"

John showed us a diorama based on a Great North Road plaster base. Basically, there is a Bergpanzer IV (recovery tank) fishing a Kubelwagen out of a river. The river is constructed using clear resin and suitable paints. The Bergpanzer is from a Trumpeter kit. The Kubelwagen is a Tamiya model whilst the figures come from a variety of MiniArt sets. Incidentally, the soldier on top of the tank with his arms outstretched started life as a football goalkeeper!
John's main comment was that he was never going to work with resin again! 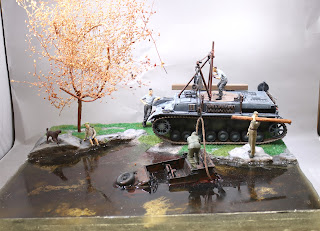 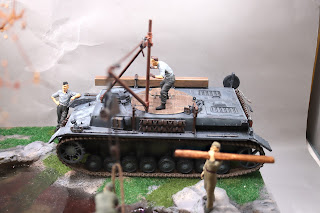 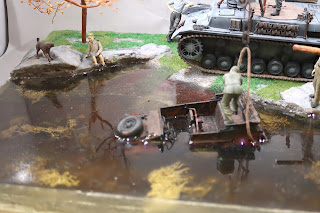 Just for once John only brought one model but it was a very interesting one. He took a Ryfield Models Sherman, which comes with a complete interior, and made it so that the inside was very visible. You will see his ingenious solution. 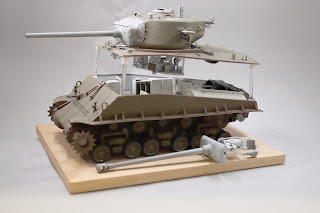 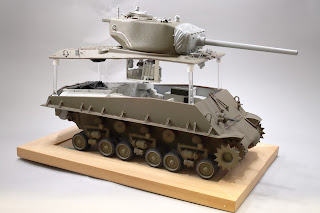 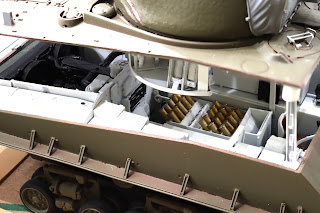 As this is work in progress expect to see it at a later meeting.

David is on a bit of a walk along various Star Wars models. This time he brought along a 1/216 scale Millennium Falcon. He was impressed with the high quality of the moulding considering that the kit only cost £9.00. Most of the little red markings were decals (!) but, strangely, a few areas around the very edge required painting - both on the top and the underneath! 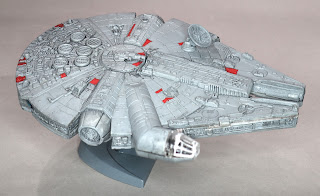 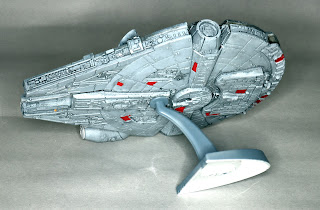 A quietish meeting but interesting nonetheless. Don't forget the next social meeting on Thursday 24th March. Also, don't forget that you can click on each photo to see a larger version.
at March 05, 2022 No comments: