Well, we are still locked down with no hope of a meeting until March, probably. As it is, we have seven member's contributions to the virtual table.

I like to start the blog with a feature model but, as I don't have access to anyone else's models, you will have to put up with another one of mine.

This is my build of the recently released Tamiya 1/48th scale Supermarine Spitfire Mk. I.

My problem with the kit is one of expectation. If you check out YouTube, there are a lot of videos saying how great the kit is and how the model can be built to a fantastic level of quality. Ha! I find such talk to be quite intimidating and then struggle to meet what I see as the required finish. I wanted to put the radio aerial on and had some problems doing that but got it made using my old reel of Aeroclub stretchy thread. The thread
is getting quite old now and breaks quite easily. I thought that I had done quite well and you may agree if you watch the video or check out the main image. 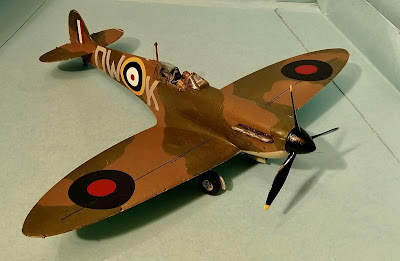 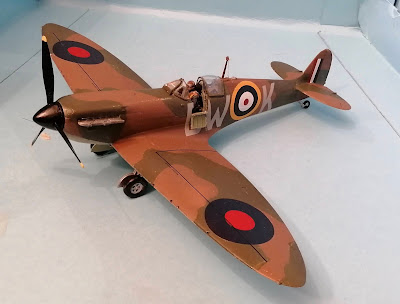 However, I was quite pleased with the cockpit and determined to show what I had done. That was until I saw the image in close up. Well, here it is and you can see what I mean - ugh! 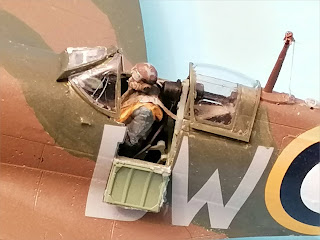 On to the rest of the table.

Peter says "Sorry i am a bit behind, Two 1/72 scale Airfix Bf109s hand painted with kit decals and one version with Teck Mod decals figure comes from the Prieser range of Luftwaffe figure sets. Looks as if we will have to run the blog for February ? Peter" 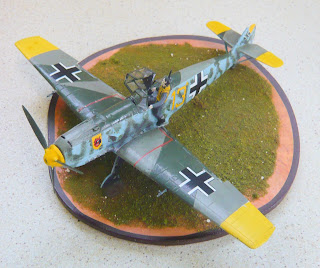 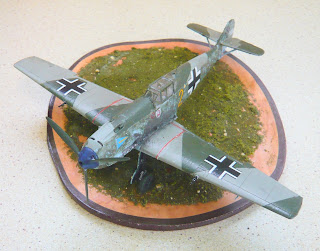 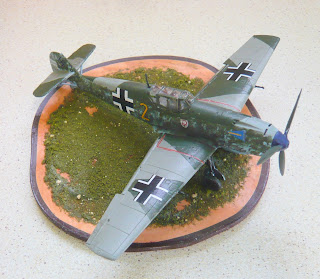 "Hi David hope you and yours are fit and well, My latest project,

Designed by the brothers Nieuport one of whom died testing this widely used aircraft including the RFC.

Constructed entirely of wood and linen,Very light and easy to control. It had a 110 HP le Rhone 9 cylinder rotary engine and could fly at 165 Mph.They were constructed in 4 factories in Russia. The rockets are for destroying balloons.The model is in the colours of the Imperial Russian Air Service founded 1912,19th Corps Aviation Detachment 1st Battalion Aviation Group 1916.

The kit is a 1:48 SMER Czech,. This is the first model I have rigged. The EZ line was too thin which was like knitting cobwebs. You can just see the rigging in the photo.

A  Russian Ace flying this machine type was Alexander Kazakov, he was credited with 35 kills. He had more but the Russians only credited those that fell on Russian soil. With the advent of the Russian revolution he flew for the Whites. In 1918 he joined the RAF with the rank of Major. At an air show in 1919 he crashed in a Sopwith Pup, He was considered to have committed suicide." 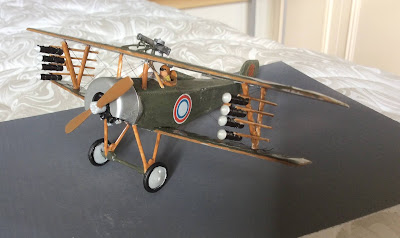 Just the one this month.

Tamiya 1/35 Panzer lll. Tracks, decals and weathering to finish off. 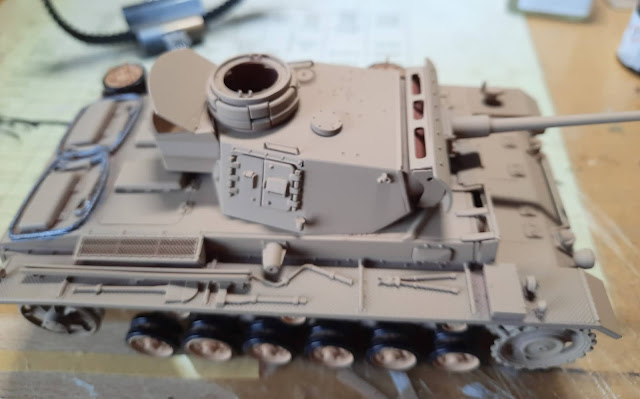 John tells me "This is the 1/35 GMC M10 Tank Destroyer from AIrfix/Acadamy.

Mounting a 3" 76.2mm gun in fully rotating turret it served from April 1942 till the end of

the war although production ceased in December 1943." 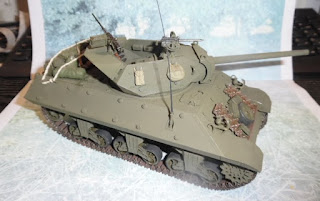 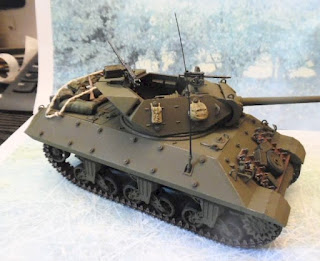 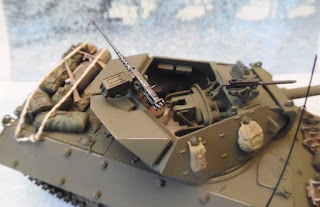 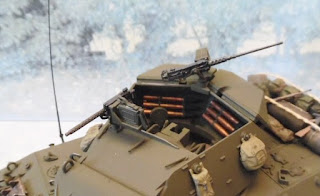 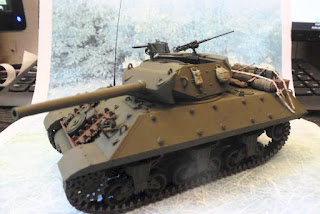 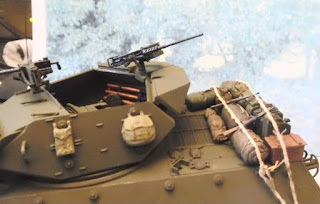 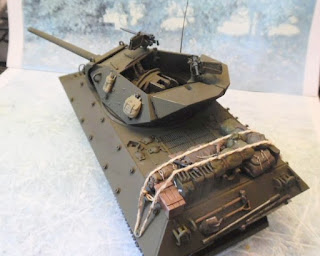 Jim has provided some more work in progress images of the Airfix 1/48th Gloster Javelin that he is building. 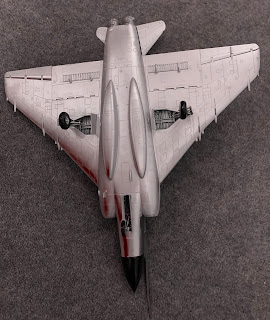 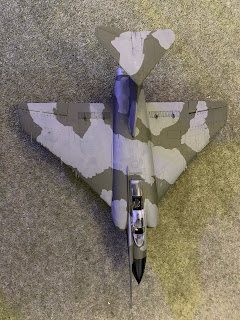 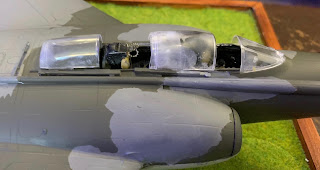 Peter has provided I'm ages of two Su-27 Flankers. He says:
"Hi David second model is a 1/48 su27flanker hobby boss kit . This looks a simple kit when you open the box but the deeper you go, the more complex it gets. The cockpit is very good just the PE straps needing care. Fit is good all over very little filler needed.

There are several paint schemes but l found this one on the net and with some spare decals was able to make it up. Painting it was complex to say the least as it is an all over scheme seemed like a mile of masking tape. I seem to have forgotten to mention that this is a Far East winter scheme. 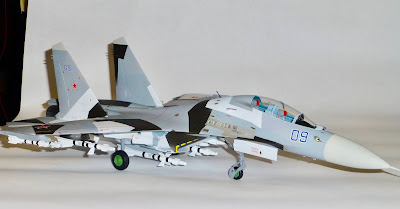 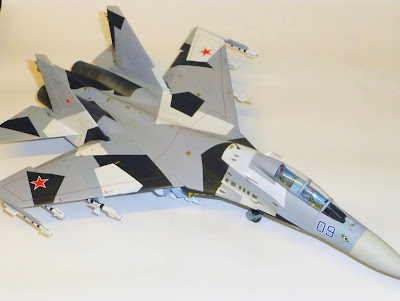 A nice selection of models and some interesting comments. Not the same as being there, though, is it? Never mind, we will all be back to normal soon. I have had my first vaccination so I am on my way. I hope that the rest of you are all doing well and getting through this by getting lots of modelling done. Keep the images coming.