In celebration of the new normal, there was a very full table at the club for this meeting. Mind you, if John had been held up...

Anyway, here we go. Yet again, it was good to be able to get together for a real meeting. One sad note was in memory of Nick. His wife had given Arthur all of his modelling gear and asked him to dispose of it all at the club. Although we all took some mementos, it was nevertheless very sad.

First off is Feature Model of the month. I am not starting a competition or anything like that. I am just choosing one interesting model to make a little video on my turntable - as a feature. This month, I have chosen Geoff Woods Napoleonic bust from Nuts Planet. (Next time, I will ensure that I have good enough lighting - sorry Geoff!)

It seems that everyone brought more than one model so the table was impressive. First off, I brought my Airfix Sea Fury in 1/48th scale. I found this to be a very satisfying and clean build. I was especially impressed with the wing fold. 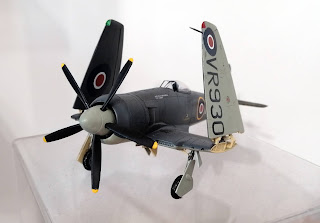 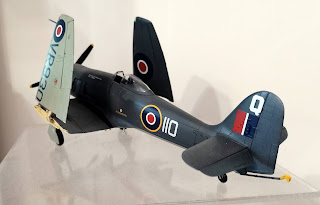 I also brought along a 90mm Alexandros white metal figurine of a Japanese Ninja Troll - One-Ni-Kanobo!  In demonstrating how heavy it was, I managed to damage it - maybe I should mess about in future. 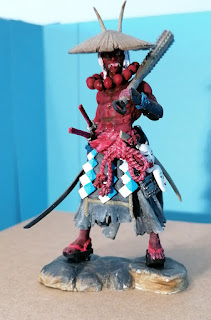 Next up was Peter with four (yes four) Lockheed F104-G Starfighters. These were a mix of Italeri/Esci and Revell. Peter seemed to think that the very old Esci models were the best out of this bunch. Peter made the point that the Italeri/Esci kits came with 7 sets of decals and two bang seats whilst the Revell kits came only with 2 sets of decals and 1 seat! I had to be quite careful in getting the details right because there are some big similarities here. 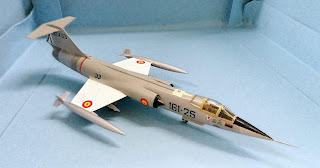 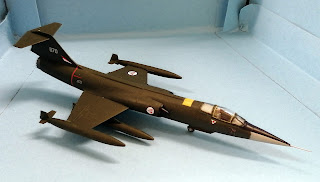 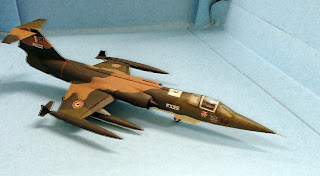 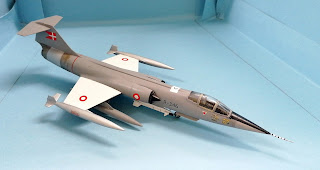 Danish Airforce
Peter filled us in on some of the background to these planes. They seem to have been handed around once any force had no further use for them!
Arthur entertained us with a story about a Harrier GR3 that came under his care when at RAF Wittering. The full story is on the web site HERE - A Personal Memory of XZ133. 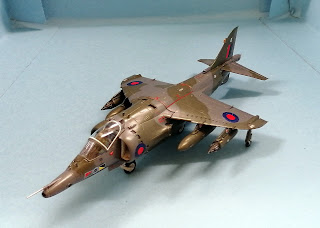 He also brought along on of his very nice Airfix 1/72nd  Lightnings - an F6. 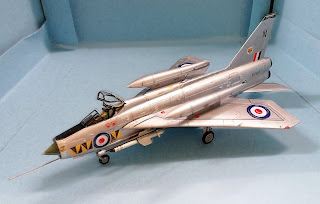 Bill Banks also had a Harrier on display but this time it was a 1/48th scale Airfix version and is currently work-in-progress. We look forward to seeing the finished article soon.

John Ovendon showed us a trio of Wermacht 251 half-tracks. It seems he bought a box for, what he thought was a single AFVClub 251 at a show which turned out to have three complete models inside - bargain! Not content with showing three, he added another to make a nice little quartet. 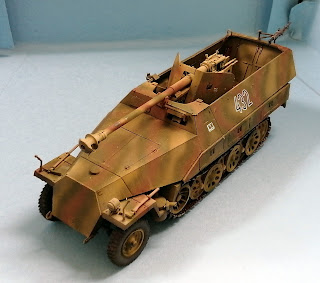 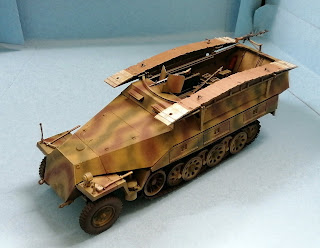 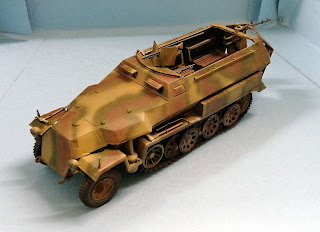 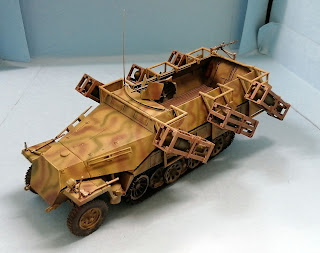 SdKfz 251-1 Ausf D Schutzenpanzerwagon (Rocket Carrier)
Geoff Woods held forth about the problem with resin kits when it comes to things like gun barrels. Ths is something that most of us have had to deal with. Resin makes for a very nice model but most manufacturers make little effort to stop banana barrels. 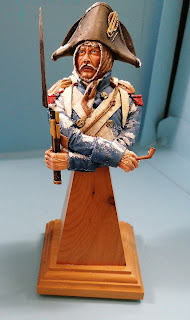 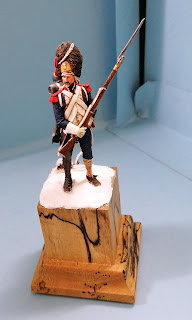 Troop S4 54mm Napoleonic Old Guard 1809
To get a real taste of Geoff's skills, double click on the above image to see a larger version and revel in the detail that Geoff gets into something that is just over 2 inches high! Geoff also had a 1/10th bust of a German soldier but I missed taking a photo so I will have to get him to bring it in again.
Finally John filled the table with five 1/32nd scale aircraft and three 1/20th scale Tamiya F1 cars.
Here goes! 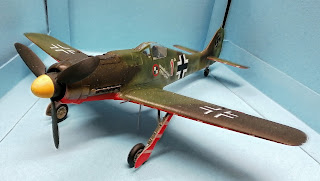 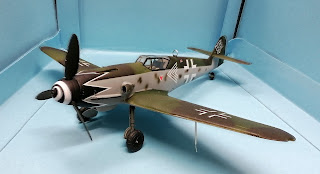 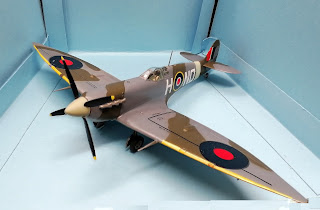 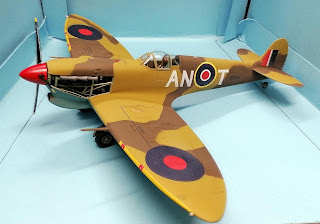 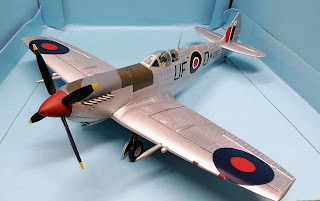 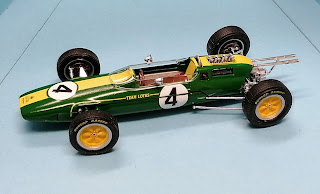 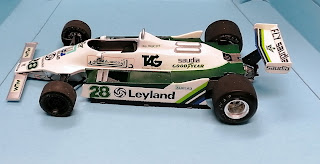 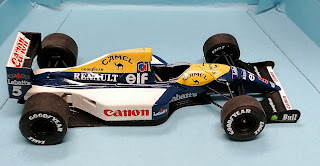 Tamiya Williams Honda FW11
Well, that's it for the month. Don't forget to check out the web site at IPMS Clacton
at September 24, 2020 No comments: