Hello everyone.  A fairly quiet meeting on the whole with only a few models on the table. Thank goodness for the two Johns, who between them,  showed us 8 models! Anyway, first up is the video of my pick of the day. I had to choose this one as you will see from the comments about it later. Nominally,  made by Peter Carlo, it is a Tamiya 1/48th scale Messerschmitt bf109G

Peter brought two models along with both of them what you might call hybrids. First up is the bf109G shown above. 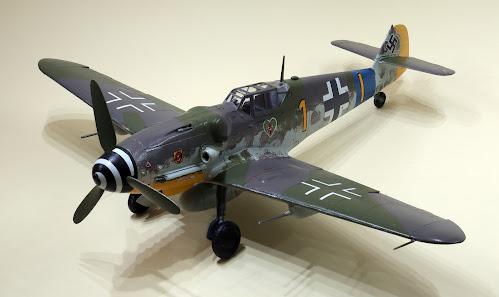 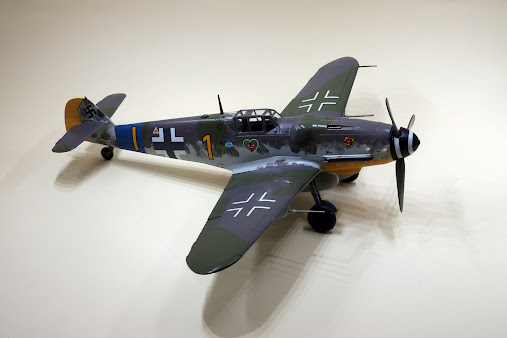 This was originally one of my (DP) kits. It was to be my first attempt at a WWII German fighter since I was a lad. However, I brought it along to a club social evening to get suggestions as to why the wings wouldn't fit. Being a Tamiya kit, I knew it must be something I had done. Peter Carlo looked at it and worked out that I had the cockpit in incorrectly. As I still wasn't keen on doing something of this genre, I gave him the model and suggested that he fix the problem and then finish the model. It turns out that a quick twist with a modelling knife and the cockpit came out. It was, evidently, easily refitted in the correct position. Peter says that, in his opinion, this isn't one of the best Tamiya kits but he has made a nice job of it.
The second model from Peter is another one donated to him, this time by John Teagle (who wasn't here, unfortunately, to see the final result). This one is a HobbyBoss BAe Hawk Mk. 1a in 1/48th scale. Again, Peter has finished the build and done his usual nice paint job. This time, the Hawk is in an "interceptor" low visibility scheme. 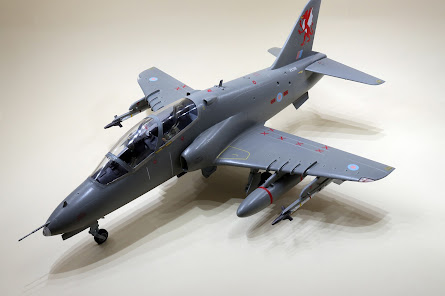 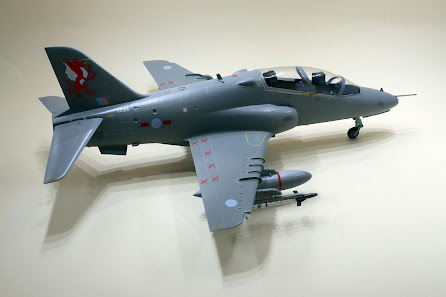 John brought three nice models along, all armour based. The first is a Dragon 1/35th M16 Gun Carriage mounting 4 x 50cal machine guns (know as the Meat Grinder) for air defence in Europe, 1944. This would have had a Polish crew. It has luggage  items from "Value Gear" (or at least that's how I understood it). 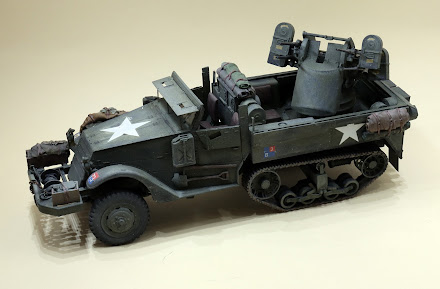 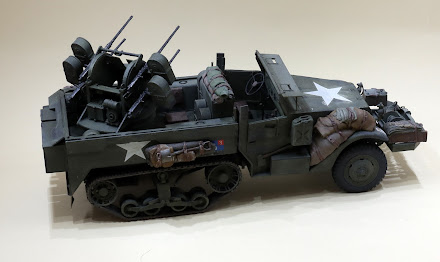 Next up was an M4 Sherman Wader from Italeri. The kit depicts one in the Pacific campaign but John has set it as in Europe on D-Day. 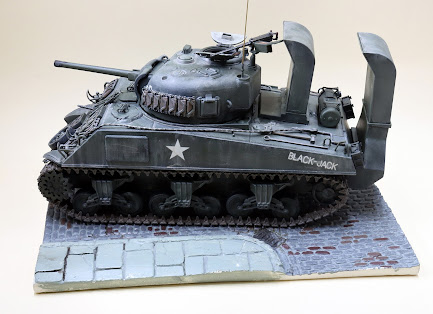 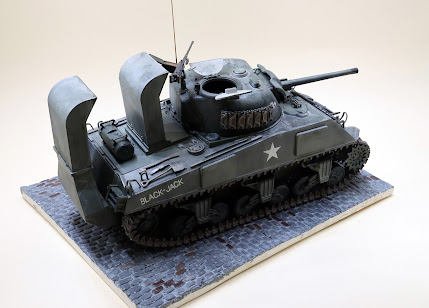 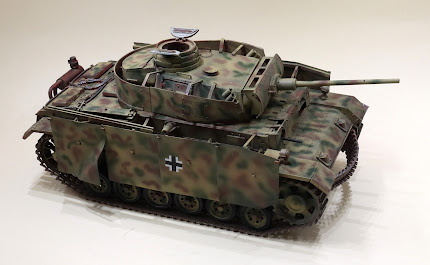 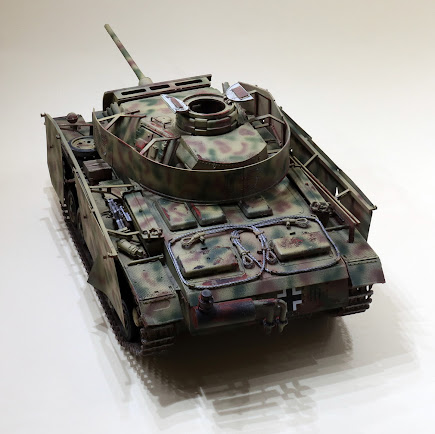 John brought 5 models along with two of them being "work in progress" which he didn't want photographed so here are two of the three finished items.
Firstly, there was a Tamiya 1/35th King Tiger to which John had attached the Tamiya stick-on Zimmerit. Comment - "really good". 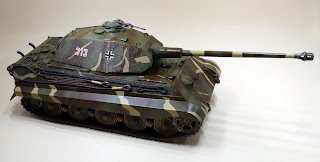 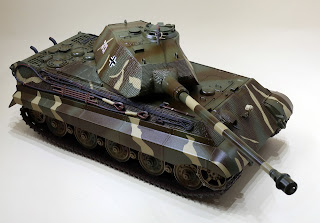 For some reason, I only got photos of one of the Archer vehicles. I think it is the Tamiya one. John thought that the individual track links were "not friendly". The missed item was a Bronco Archer which he considered less tricky than the Tamiya kit to build. Anyway here is what I have. 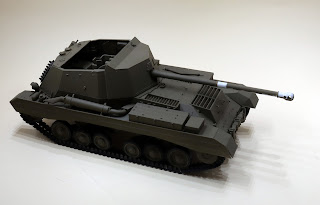 Personally, I think that that is one of the most boring models I have ever seen - sorry John.

David (Me) brought a 120mm figurine from the Mitches Models stable. This was a representation of Guy Gibson ready to fly. David was given the figuring as a completed but unpainted model so the finishing is all down to him. He had trouble getting the correct blue for the RAF shirt but eventually used an RLM blue which seemed to fit the bill. 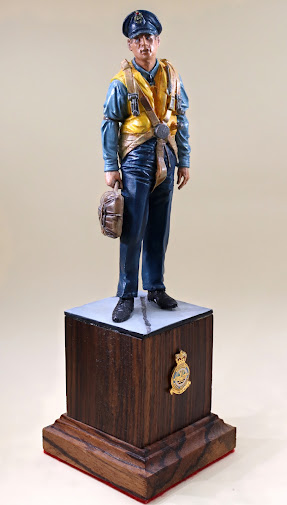 Last up is an unusual subject for a what-if! This is a 1/72nd scale KP kit of a Convair Pogo. This was an unsuccessful attempt at building a vertical takeoff aircraft. KP took the unusual step of issuing the kit with a series of "what-if" decals including the UK and Japan. Peter chose to use the Japanese markings. Hopefully, he will complete an RAF on for us to see soon. 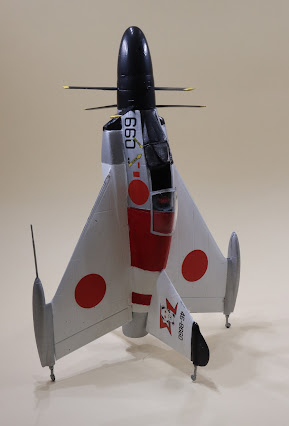 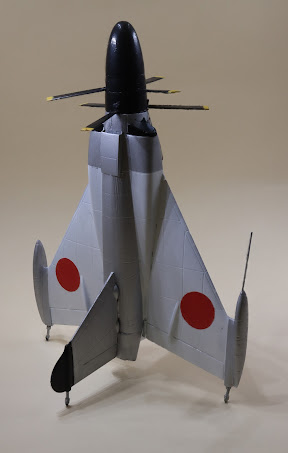 That's it for today. See you on 28th April for the next social meeting and 5th May for the next full club meeting. Don't forget that you can click on all the images to see larger copies. Thanks for watching!
David
at April 11, 2022 No comments: