Getting nearer to Christmas. This is the last formal meeting of the year with just the social meeting on 23rd to come.

First off, John Ovenden brought along a really nice Trumpeter SdKfz 7. I chose it as the featured model as he explained clearly how he moderated the finish and weathered it.

I asked John to explain how he went about the tasks. He said "Hello David,
I initially painted the model in panzer grey which I felt left it rather bland,
so I coated it in XF2 Tamiya matt white to give a winter camouflage effect.

Then, to wear down the effect over time, I used Decalfix as the distressing agent which works very quickly and effectively on un-glossed varnished paint. After which I coated it in sepia ink diluted with water.

Hope thats ok for you mate".
So here it is - don't forget that you can click on the image and enlarge it to the great detail. 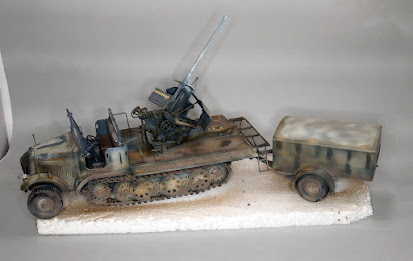 Now onto the rest of the table.

Bill teased us with his Rafale last month but has now finished it.
This is his Revell two seater Dassault Rafale B in 1/48th scale. 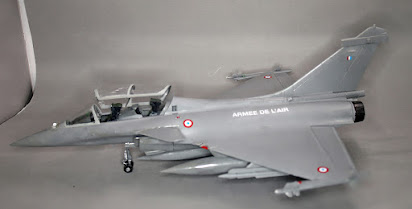 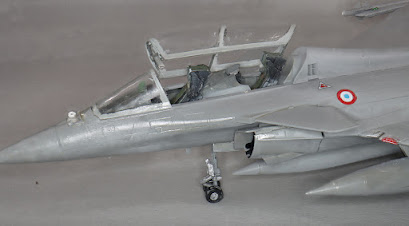 He says that he has had enough of modern kits and is going back to tackling the older kits in his stash so look forward to some interesting models over the coming month.

My contribution is a trio of models that I have been working on over there last few months. I have been taken with the story of the Banff Strike Wing in late 44- the end of the war. Their job was to interdict the German iron ore traffic coming down from the north of Sweden along the Norwegian coast. These three represent the three main combatants. First off there is a 144 Squadron "Torbeau" or a TF Mk. X - PL-O. This flew out of Dalaachy in Morayshire and was damaged on "Black Friday" 9th Feb. 1945 when they were jumped by a large number of FW-190s.  It is made from a 1/72nd scale Tamiya kit whilst the markings were made up from a selection of sheets as the specific markings were not available. 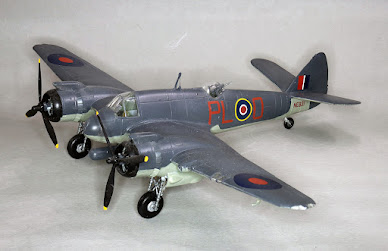 Next we have a DH Mosquito FB-IV as flown by 333 (Norwegian) squadron. 333 operated as "outriders" whose task was to fly out ahead of the main force and choose targets. The Norwgian flag on the nose used to raise cheers when they flew low over the local towns and villages. The decals came from an Aviaeology set. 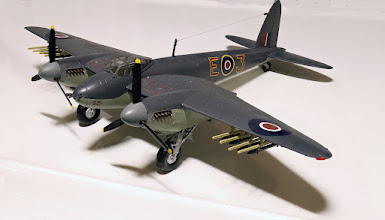 Lastly, we have an RAF Mustang Mk IV from an Airfix 1/72nd scale kit.  This represents a Mustang of 65 Squadron flying top cover for the wing out of Peterhead.  This aircraft is documents as having ditched in Sweden having been damaged over Norway.  The pilot was repatriated a couple of weeks later along with sensitive equipment, whilst the plane itself was repaired and joined the Swedish airforce after the end of the war.  Once again, there were no decals available so they are constructed from other sets. Interestingly, the Mustang arrived from the USA pre-painted so it would not be in standard RAF colours but their FS equivalents. Also, it seems that the Americans got the camo wrong as the colours are reversed! 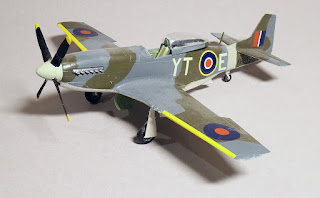 Gordon brought along a "work in progress" of a display at an aircraft museum. It is intended to show a Rolls Royce Merlin engine. So far, we have the barriers and the people. Let's hope he brings it along when it is finished. 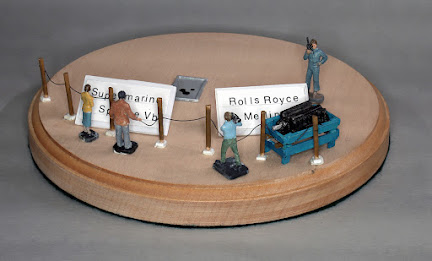 The people are all from Airfix 1/76th scale military figures suitably carved to make them into civilians. I particularly like the camera man.

It was nice to see Jim back again. He told us that he had got a bit bored with making aircraft so he has had a go at a couple of military subjects. He was asking for some advice of finishing these models interns of washed, mud, etc. First up is an Italeri PzKfw VI Tiger Ausf. E. This is currently W.I.P. so we hope to see it finished soon. 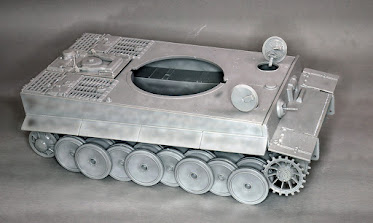 Secondly, he brought along a Tamiya "Easy Eight", actually an M4A3E8 in European Theatre colours. 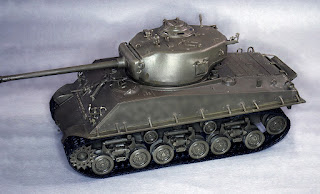 We look forward to seeing the finished items.

Once again, we have a lovely pair of 1/48th scale aircraft from Peter. He does go in for some tricky camouflage finishes! First up is a Zvezda Sukhoi SU57 "Felon". This has an amazing camo finish involving, according to Peter, over 600 pieces of masking tape. He certainly has more patience than me! 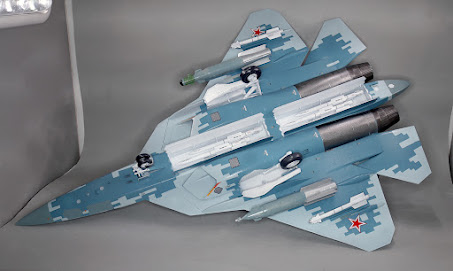 Secondly, he brought along a Sukhoi SU-17 Fitter done out in Kazakhstan markings. Again, a handful when it comes to masking!

Last on the table and probably the smallest was Peter's little Cessna O-1 Bird Dog in the colours of an artillery spotter in the 14th Army in Burma. This is a little Airfix 1/72nd scale kit. 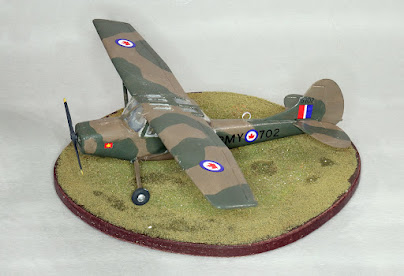 Crispen brought along a small range of tools that he had acquired. The most impressive was the RP Tools Miter Cutter which he is using to cut up "lolly sticks". I am afraid that I missed taking down the target model for these - sorry Crispen. This looks an impressive piece of kit up against my simplistic looking equivalent from MicroMart in the US. 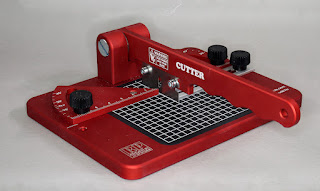 It was a very good meeting with lots of conversation and coffee. We are looking forward to the social meeting on the Thursday before Xmas - 23rd, so see you all there for Mince Pies, a bit of music from me and lots of friendly chat as usual.
at December 07, 2021